While I am very far from the general buzz surrounding the current bid by Mitt Romney to become the nominated Republican leader, and in the hope that this does not become a political discussion as such, I am certainly interested, from an outsiders point of view, in what kind of effect his bid is having out there in the mission field.

Indeed, this past week it is clear that Romney has won that bid, and is now in line to challenge Pres. Obama for the Presidency. These are certainly interesting days for the Church. Mostly for our brothers and sisters in the US, but that effect will, I am sure, have some kind of follow-on outside its borders as well.

Are our missionaries experiencing many more opportunities to teach the gospel because of his prominence, or are they finding roadblocks?

My daughter is currently serving in a Utah Mission, and has so far made no indication to me that there is any ‘Romney’ effect as she serves. But this doesn’t surprise me; it would not be as hot a topic in Utah, as it would be in say New York, or any other location. Or would it? Well, maybe it is a hot topic there in Utah, but certainly not for the same reasons it would be elsewhere.

I have already talked a little bit on this blog about the effect that his political prominence has had on the church through mainstream media, as well as how the media in general can really get it wrong sometimes. Even from my distant location (New Zealand) we are getting a fair bit of interest in this election process, mostly because of the religious position of Mitt Romney. So I would assume that continental USA is humming with it.

Just recently Kathryn Skaggs, a well-known LDS blogger, wrote an article for the Washington Post titled “Mitt Romney’s Mormon milestone”. In there she talks about his successful bid for the Republican leadership and her perception that overall this was a positive thing for the church. She also states that, “…people are searching to know more about what Mormons actually believe and are much more apt to find credible information online.”

My question then is not a political one, but one which would explore the effects that this campaign is having upon the work of the Lord – face to face. I have always been told that any mention of the church, whether good or bad, is always beneficial as it gets people talking and asking questions.

As an outsider I am hugely interested in this. Maybe some of the mum’s, or family members, have had an experience themselves. Has it been the topic of conversation between you and your non-member friends? I would love to hear some of your, or your missionaries, stories if you have any.

I would also love to hear how you feel about this milestone? What kind of effect do you think it will have on the church in general? Is it a positive thing, or do you see it as being detrimental for the church?

My husband, daughter and I spent some time late last night watching the re-run of a program that was aired in Australia on the Four Corners program yesterday. For those of you who don’t know, Four Corners, in the past, has been recognised as one of the most even handed current affairs programs available on Australian TV. So it was with some disappointment that I viewed their take on Mitt Romney’s US Presidential Candidacy, and his Mormon links. Which I might add, failed to make a connection between what they started out reporting on, and what they actually ended up reporting.

I was a little loathed to talk about this here, as the program, ‘The Mormon Candidate’, is a highly biased representation of the Church. Why promote something so biased? But I was so exasperated that the program, like a broken record, stooped to rehash the age old question of polygamy and the church, as well as rely almost solely on the word of disgruntled ex-members of the church who have long since left it, to justify our so called ‘cult’ status.

I just felt that I needed to make some comments here that might inspire each of us to take a stand for something.

The Australian people deserve much more than what was dished out to them last night. The Four Corners producers showed little respect for its audience when they sensationalised something that has not been in practice in the church for over 100 years. Indeed in one part of the program they went into the home of a practicing polygamist, and held it up as a measure against the church. A family who were clearly breaking the laws of the land were determined to be more ‘normal’ than faithful, law abiding, community contributing, members of the Church of Jesus Christ of Latter-day Saints.

I believe that each of us has a responsibility to make it known that we are tired of this kind of sensationalist reporting.

There is so much good being done out there by our members. The sacrifices they make daily to serve each other, to serve in the community, and to contribute positively to a very unhappy world that has mostly lost its way. We need to allow the world to be able to understand us with the correct information.

So, while I stop short of urging you to go and make a comment on the Four Corners website, I would certainly encourage you to take every opportunity to ride the wave of conversation that will be out there this week, to demystify the Australian public view on who we are as individuals, and a community as a whole. Don’t be afraid to speak up. We should be proud of our contribution to the world, and we should allow others to recognise that.

Four Corners, where is the balance in the reporting? I have to say that at times I felt like I was watching one of those trashy “10 Worst…” television programs that kept getting stuck, like a broken record, on the first two over and over again (for those Millennials out there who don’t know what a ‘record’ is, it is another of those antiquated things of the past that get talked about at boring parties, just like the issue of polygamy and Mormonism).

There is so much more to the religious faith of Mormons than the tiring issue of Polygamy. For future reference here is something that I would be more interested in hearing about:

Please, next time, can you not patronise Australians with the same old, same old, unbalanced reporting and give us something worth viewing?

As most of you would agree, it’s not every day you can link into a global online newspaper and find a major story about a day in the life of an LDS missionary. Let’s face it; it’s hard enough for our boys and girls to get people to open doors to share their gospel message, let alone to have these same people bring this kind of story to their breakfast table.

But this week that’s exactly what I did. This week the New York Times, in their Education section, ran a 5-page spread titled ‘At Age 19, From Utah to Uganda’, that follows two LDS missionaries serving in Uganda.

Now, some of you may feel the hackles rise a bit at the mention of our missionaries and Uganda in the same sentence; bringing back memories of the recent satirical Broadway musical “The Book of Mormon”, depicting the follies of two Mormon missionaries in the wilds of that country. But before you discredit this article as riding on the back of this non-LDS production, I suggest it would be well worth reading.

I found the article to be very well balanced in its depiction of our missionaries. Indeed, it follows in some depth their preparation to serve, their training in the MTC, their incredible commitment to the work and maintains faith in their spiritual maturity.

At the same time it shows the human side of our boys in regards to their life before their missions, their struggles with separation from family and friends during, and the temptations that surround them whilst serving.

This article is most certainly timely when considering the current bid by Mitt Romney for the US Republican Presidential nomination. Romney’s rise to prominence has brought the church out of obscurity. As Josh Kron states, “Mormonism is basking in the mainstream spotlight” at the moment.

Up until now Mitt Romney has been low key about his Mormon roots, but with reports emerging that he is on the brink of being nominated,  and with some prominent evangelicals now supporting him, that will probably change.

So, whether it’s riding on the back of a popular musical, or even adding depth to current political events, this New York Times article has certainly given its many readers the opportunity to reflect on Mormon religious practices over their morning coffee. It may even help to open a few more doors to our hard working sons and daughters.

In this light it may be time for us to start talking about these same things with those of our friends and acquaintances who are not of our faith. Like Romney, maybe it’s time to step into that spotlight.

It seems that every month or so I will get an email from my daughter that reflects some kind of discouragement she is experiencing. Whether it is with those she has been teaching, a lack of teaching opportunities, or just discouragement about her personal progression, there is always an opportunity for us to give her some added encouragement.

This is one of the reasons I started this blog. I am sure there are plenty of mums out there who have had similar feelings, or similar questions.

So the other day I sat down and started jotting down some ideas. Just some ideas of things I can talk about on Missionary Mum’s Meeting Place (MMM). Before I knew it I was up to about 50.

So here are a few from what I have come up with so far…just to wet your appetite.

But, what is motivating me the most is that I get to have lots of guest writers. I certainly don’t have all the answers or all the experience, so I am going to mix it up a bit and invite lots of friends and fellow bloggers to contribute their perspectives.

I am really excited to start. So I will sign off now and get writing… 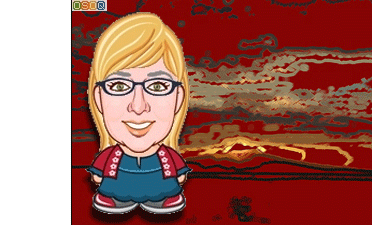 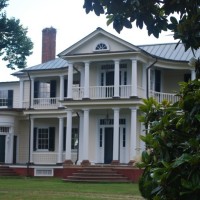 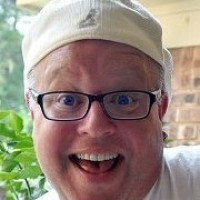 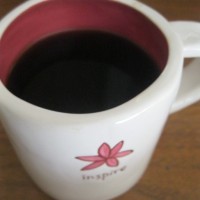 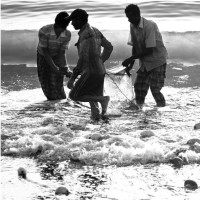 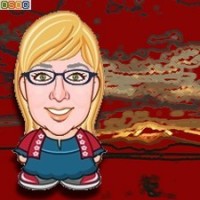 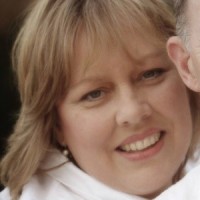